FBI not following law of the letters

FBI not following law of the letters

KAI RYSSDAL: A report out today has the head of the FBI saying mea culpa and lawmakers promising oversight hearings. Investigators have been playing fast and loose with the rules that let them demand and get private information from businesses about their customers. Marketplace’s Hillary Wicai reports.

HILLARY WICAI: The Department of Justice inspector general found improper and illegal use of national security letters. Those administrative subpoenas are a tool the Patriot Act granted the FBI just after 9/11. They let FBI agents force businesses to produce personal records about their customers. And it’s all done without a judge’s approval. Erwin Chemerinsky is a law professor at Duke University.

ERWIN CHEMERINSKY: What this report shows is these letters are issued frequently — around 50,000 a year — and the FBI is not following the procedures written into the statute.

PETER SWIRE: The letters are scary to receive if you’re a company. You’re told it’s a federal crime to tell anybody you’ve received the request, and your instinct is to try to be very friendly to the FBI.

The audit also shows the FBI under-reported — by a lot — how often it used the letters. The FBI told Congress it delivered about 9,000 letters for e-mail, phone and financial data in ’03 and ’04. In fact, it wrote about 10 times as many. Democratic Senator Patrick Leahy chairs the Judiciary Committee.

PATRICK LEAHY: I think we have to revisit the Patriot Act. I think there’s a lot of tightening that has to be done. 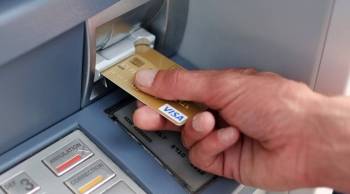