MARK AUSTIN THOMAS: L.A police are not happy about some proposed new rules. Officers in the narcotics and gang divisions would be the first in the country required to open up their personal financial records. The idea is to help weed out corrupt cops. Marketplace’s Jeff Tyler reports.

The financial disclosures would supposedly help catch the crooked cops. An investigation could include bank statements for an officer’s entire family.

BOB BAKER: These documents do nothing to assist us in corruption investigations.

Baker predicts that many of the 600 officers affected will either transfer or retire and replacing them won’t be easy.

BAKER: It’ll probably have a real negative impact on our recruitment efforts.

City councilman and former police chief Bernard Parks has said there’s never been a case of a cop’s private financial records being made public.

Parks told L.A.’s Daily News that financial disclosures would reassure the public that its police force is honest. 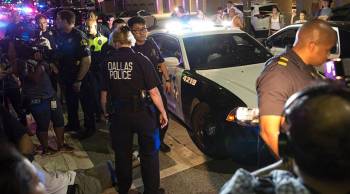