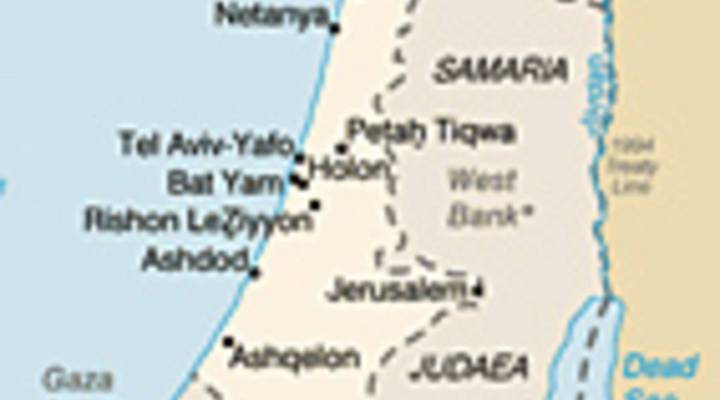 MARK AUSTIN THOMAS: The so-called Quartet of Middle East peace negotiators — the U.N., E.U., the U.S. and Russia — meet today in Berlin. The group imposed an economic blockade on the Palestinians last year when the militant Hamas party took over. But earlier this month Hamas agreed to a power-sharing deal with the more moderate Fatah party. Hamas is asking the U.S. to restart the money flow. Ethan Lindsey reports from Berlin.

The Berlin summit will focus on whether things should be changed under a new Palestinian government.

Israel and the U.S. have set three pre-conditions to lift the boycott: The Palestinians must recognize Israel’s right to exist, renounce violence and accept previous deals.

The latter two issues seem negotiable, but Hamas insists it will not accept Israel’s right to exist.

Secretary of State Condoleezza Rice met with Palestinian and Israeli leaders on Monday.

CONDOLEEZZA RICE: The President and Prime Minister agreed that they would meet together again soon.

LAURIE BRAND: It was pretty clear it was the kind of diplomatese for nothing really happened aside from the fact that they sat down together.

USC professor Laurie Brand says the summit looks to be uneventful. She says the only real debate on the schedule will be brought by the Russians. Last week, Vladimir Putin said he’d work to get the sanctions lifted.