BOB MOON: It has been nearly 30 years since the horrible “killing fields” of the Khmer Rouge regime. And after all this time, Cambodia still struggles…for economic recovery. Despite recent growth, poverty is widespread there. And corruption is the worst in Asia.

There is one . . . unusual business, though, that’s beating the odds. It’s turning a national burden into Cambodia’s proudest export. Megan Williams has this report from Phnom Penh.

MEGAN WILLIAMS: It’s a warm Monday morning on the outskirts of Phnom Penh. A small crowd has gathered to watch two of Cambodia’s top teams face off in an exhibition game of the nation’s national sport, volleyball.

The players leap and dive, tapping the ball over the net or spiking it with their fist. Just minutes into the game and it’s easy to forget that all of the men playing are missing an arm or a leg.

These teams are part of the first-ever and only pro-sports league in Cambodia. With tens of thousands of Cambodians missing limbs due to landmines laid during the country’s civil war, the league was launched as a way to help rehabilitate amputees and to raise the profile of the landmine issue.

But with more than 15 fully-sponsored teams up and running, the league is also an amazing example of a “clean” business in a country mired in corruption. It’s transparent, successful and provides steady employment to dozens of people.

Chris Minko, an Aussie who’s been living in Phnom Penh for more than a decade, is the league’s secretary general. He says the fact that the players are disabled makes no difference to how the league is run.

CHRIS MINKO: One of the core rules of our organization is we don’t want charity. We provide a high-quality product. That product is elite-level, international standard, spectator-friendly sport.

Just like any other pro-sports league, it offers naming rights, TV coverage, mascot identity and prize money. It’s also a product that’s winning. In just seven years, the national team has risen to the top spot in Asia and fourth in the world disabled games.

The league has been scoring points off the court as well. Last year, it won the United Nations award for best practice as an outstanding example of sports administration.

Minko says the key has been cutting out perks that a lot organizations build into their operation.

MINKO: The reason why we can do a $100,000 program is A. we do everything in house, from translation to design. And every ex-pat is on a voluntary salary. We don’t have four-wheel drives, we ride on the back of motor bikes.

Most of the budget goes towards players’ salary, which at $20 a month is about half the average take-home pay here. Prize money for the winning team amounts to a full year’s salary.

Minko says he and his Cambodian colleagues have learned by trial and error. After problems with favoritism, team organizers are now banned from picking relatives and friends, and the national team is selected by an outsider. Most of the players come from remote jungle areas, and at first, didn’t understand how to act when faced with fancy hotels and big crowds.

MINKO: In the early days, the hotel rooms would be missing items and . . . you know, there would be attempts to raise money off spectators and things like this. Now it’s very tight, and very . . . as I said, you know, it’s the dignity and the honor.

Chow Hok is the 59-year-old coach of the Kampong Spurs team that’s playing today. He lost his leg 30 years ago, when he was working in a rice field and stepped on a mine. Volleyball, he says, has changed his life.

CHOW HOK: Playing and coaching volleyball is important to my health. It improves my mobility and strength. But it also brings in a regular income that goes towards supporting my family. It makes a big difference.

Chow Hok is a small example of how the league is both empowering amputees and teaching them about fair play.

Three years ago, Chow Hok was caught betting with spectators. He was kicked off the team. When he promised to reform, he was allowed back as a player. Eventually, he regained his position as coach, and went on to win coach of the year.

Chow Hok says he’s glad of the second chance, and can’t imagine his life without the volleyball league.

HOK: I love volleyball. The best part for me is the chance to travel, to meet other players. I used to be isolated, and now it’s opened my world.

The league is now getting ready to host the international championships this fall. And to show the world that despite its broken history, Cambodia is back in the game. 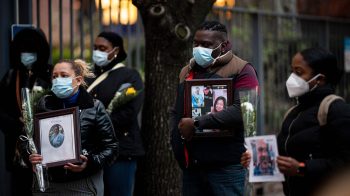 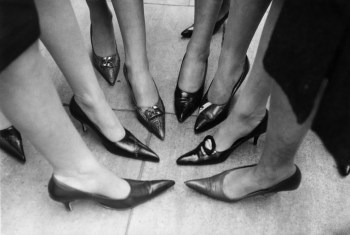