Venezuela’s taking back the power

Venezuela’s taking back the power

SCOTT JAGOW: Today, a Virginia-based power company will reluctantly sign a contract to sell one of its subsidiaries to Venezuela. I say, reluctant, because AES has no choice. This is part of Venezuela’s plan to nationalize electricity, oil and other industries. Dan Grech is our Americas Desk reporter at WLRN. He’s in Caracas.

DAN GRECH: AES bought Electricidad de Caracas seven years ago for $1.6 billion. Today the Venezuelan government is paying less than half that.

Still, investors were relieved. After all, President Hugo Chavez could have tried to take the company outright.

JOSE ANTONIO GIL YEPEZ: The state is negotiating the price and paying.

That’s Jose Antonio Gil Yepez, president of Datanalisis, a market research firm in Caracas. He says this takeover is just the beginning.

GIL YEPEZ: As they can maintain such a high concentration of power and very little organized opposition, well I think we’re going to be seeing more of these actions to enlarge the size of the state. 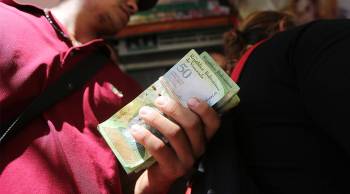