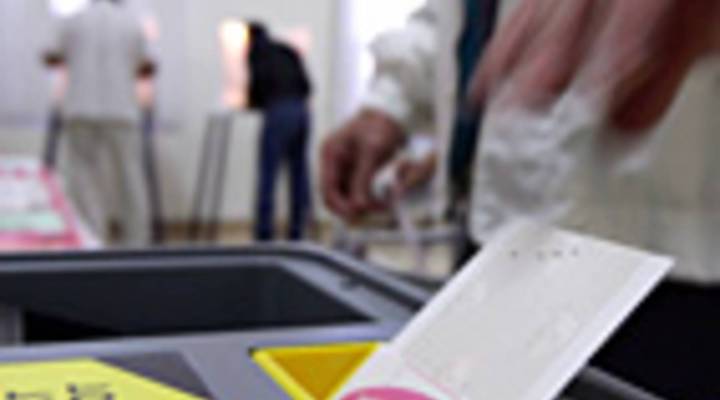 The voting tax is history

A Los Angeles resident inserts his ballot to vote in the November 2006 midterm elections. California was among the many states where voters approved bond measures. Robyn Beck, AFP/Getty Images

The voting tax is history

A Los Angeles resident inserts his ballot to vote in the November 2006 midterm elections. California was among the many states where voters approved bond measures. Robyn Beck, AFP/Getty Images

MARK AUSTIN THOMAS: The race for the White House is still more than a year away, but we’ve already seen a number of candidates toss their hat in the ring. Only half of us will vote for the next President. What if we had to pay a fee at the polls? There was a time not long ago when that was the case. Stacey Vanek-Smith tells us about it in this installment of the History of Business.

STACEY VANEK-SMITH: In 1870, the U.S. passed the 15th Amendment. It gave African American males the right to vote, but many southern states quickly put barriers in place to prevent that.

The poll tax required people to pay money to vote, unless their ancestors had voted in the years before the Civil War.

MARTIN LUTHER KING, JR: We are assembled here today to reaffirm our determination to gain the right to vote in Selma and Dallas County and all over the state of Alabama.

This week back in 1964, the federal government ratified the 24th Amendment, which outlawed the poll tax and other laws like it.