MARK AUSTIN THOMAS: The British-based banking group HSBC has been hit the by slowdown in the U.S. housing market. The bank has warned that its provision for bad loans in 2006 will be higher than expected. From London, Stephen Beard reports.

The bank says problems in the US housing market are mainly to blame. Homeowners are less able to refinance their loans because real estate prices are no longer rising in many parts of the country.

The bank is heavily involved in the sub-prime mortgage business, but the scale of the bad debt provision is worrying, says Justin Urquart Stewart of the Seven Investment Fund.

JUSTIN URQUART-STEWART: This is at the lower end of the market and you’d expect to have a higher level of defaults in this particular area, but you don’t expect it to jump up by this level.

Investors in Hong Kong and London were both taken by surprise. HSBC shares fell 2.5 percent.

The bank says apart from its U.S. mortgages, the rest of its global business performed in line with expectations. 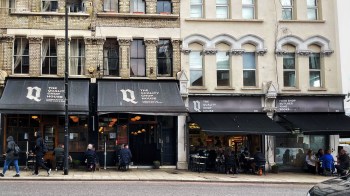