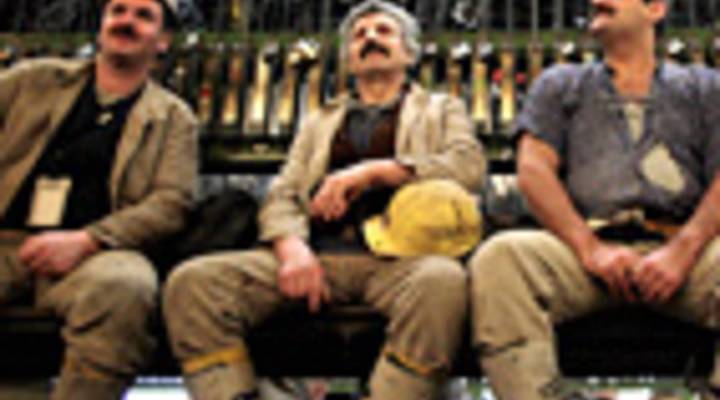 Coal mines closin’ down down down

Coal miners rest in the compound of a mine in Bottrop, western Germany. Volker Hartmann, AFP/Getty Images

Coal mines closin’ down down down

Coal miners rest in the compound of a mine in Bottrop, western Germany. Volker Hartmann, AFP/Getty Images

SCOTT JAGOW: Many Germans have pressured their government to get rid of coal mining or at least clean up the industry. And the government might just be listening. Ethan Lindsey reports from Berlin.

ETHAN LINDSEY: Unlike the U.S., which has always relied on a mix of fuels to produce electricity, Germany long used mostly coal.

But the mines keep prices low with the $3 billion a year they get from the government in tax subsidies. Now those are being taken away

Claudia Kempfert is with Berlin’s Economics Research Institute. She thinks coal can make a comeback like it has in the U.S.

CLAUDIA KEMPFERT [translator]: Retaining the industry can make sense, if energy production from coal becomes cleaner in the future.

Until Germany shifts to cleaner coal, German miners will have to rely on the government’s promise to retrain and support them.

On the other hand, U.S. mines are currently begging for job applicants. Some even offer free cars and vacations to retain workers.