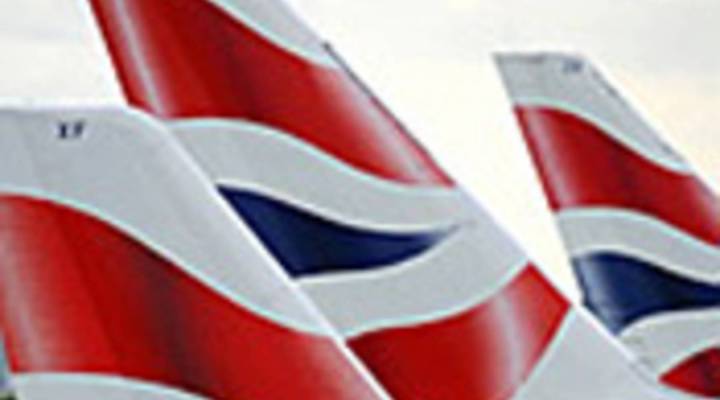 TESS VIGELAND: British Airways has long bragged of being “the world’s favourite airline.” That’s favourite with a “U,” of course.

Come next week, it might not be so bold. In response to a threatened strike by its cabin crews, the airline sniffed, and then cancelled all of its flights for next Tuesday and Wednesday.

Our London bureau chief Stephen Beard is with us and Stephen, I hope you weren’t planning to fly British Airways next week.

STPEHEN BEARD: No, certainly not. And if I had, I’d be on the phone rebooking with another airline. Because British Airways has made it quite clear that if the strike goes ahead, it’s going to cancel all its flights. And we’re talking about an airline with 240 planes, many of them making multiple trips each day. As many as 140,000 passengers, if they don’t make alternative arrangements, could be stranded.

VIGELAND: Well, that’s an absolute recipe for chaos. What are the options that are being given to passengers right now?

BEARD: Well, they’re being told by B.A., “You can either cancel your flight and we’ll give you your money back, or you can fly with B.A. at a later date.”

VIGELAND: This isn’t the first time that we’ve heard about problems with British Airways and its unions.

BEARD: No, there’s been a long list of troubles of labor unrest at B.A. We had checking staff walking out in a dispute over clocking on in 2003. It was baggage handlers in 2005.

But last summer, you remember that massive security alert after the alleged bomb plot was foiled. That caused huge problems for B.A., and the airline lost something like $80 million. And if that wasn’t enough, at Christmas we had freezing fog, which severely depleted the number of flights in and out of London Heathrow. And B.A. was knocked sideways by that, too.

VIGELAND: All right, Stephen, it sounds like it’s time to take the train. Thanks for joining us.