When the brain’s CEO needs retraining

When the brain’s CEO needs retraining

The Dana Alliance for Brain Initiatives

TESS VIGELAND: Most of us like to think there’s a little bit of CEO material inside us. Turns out, there is. A region of the brain called the frontal lobe is sometimes referred to as your CEO. It helps you mulitask and organize — problem-solve. They’re your “executive function” skills.

Producer Mary Beth Kirchner met a therapist with rare insights into what happens when the “boss” of your brain is somehow damaged.

MARY BETH KIRCHNER: September 21st, 1994. Mike Ward was working as a manager at a Massachusetts temp agency in Harvard Square. He was riding his bike to work on a beautiful, brisk, fall day — the bright sun reflecting off the puddles from a rainstorm the night before. That’s all he remembers of a morning commute that forever changed his life.

MIKE WARD: What happened was I was hit in the face with a Mack truck.

Mike was thrown almost 30 feet by that oncoming truck, whose driver didn’t see him in the morning glare. Mike was 26.

MIKE WARD: Not wearing a helmet, which is not the brightest thing in the world.

Fortunately for him, his accident happened in front a fire station. Paramedics were there within seconds.

MIKE WARD: I mean, I shattered every bone on the left side of my face — my whole jaw, my nose, back of my head. I had grill marks on my face.

Mike was lucky. Not only did he survive a traumtaic brain injury, the therapist assigned to his case would become his most important advocate.

SARAH: I was a young clinician and I thought, “Gee, he’s talking all right, and he’s doing OK on the tasks in my office. So we sent him back to work in mid-November. And he was there only two days before they sent him home the first time.

Clients complained that Mike was calling them three or four times a day with the same questions. The therapist later sent him back to work a second time and then a third before it became clear that his problems were more complex than she was seeing in their therapy sessions. It was when Mike Ward stopped being her patient and became her husband that Sarah Ward deeply understood.

SARAH WARD: You can’t see this injury. It’s the things that get forgotten over the course of an entire day — the things that occur over the long haul and really affect a relationship and a family.

The change in mood, the fatigue, the private struggle. Sarah says Mike and the hundreds of patients like him that she’s treated since are part of a “silent epidemic.”

SARAH WARD: I have more individuals that walk through my door that are articulate, and they look great, and you would have absolutely no idea that they had a traumatic brain injury.

People like Judy Ashton.
Judy was a professor and managing partner of a top law firm in Boston when she contracted West Nile encephalitis, an inflammation of the brain that affected her frontal lobes.

JUDY ASHTON: The neurologist who actually diagnosed me when I asked him what I should do to improve cognitively, he just smiled at me and put his arm around me and said go smell the roses.

But Judy persisted until she found Sarah Ward.

KIRCHNER: It looks like you did a lot of planning.

ASHTON: I did. I did a lot of planning.

Sarah says Judy is still extraordinarily bright with an IQ in the 99th percentile. But she can’t quickly access the information she needs.

SARAH WARD: She is like a top-of-the-line, state-of-the-art, brand new computer that just came out on the market. And yet if she were to, say for example, access the Internet using that computer, it would be as if she had a dial-up modem.

She can still write a law review article, but what used to take hours to complete, now takes a week. She can give lectures but can’t accept questions that divert her attention.

Judy eventually had to resign from the law firm. And today Sarah is teaching her coping strategies: how to avoid overloading her schedule, how to plan for trips, how to manage her household.

SARAH WARD: You need to be able to do that weekly planning . . .

There are very few therapists in this field. Sarah Ward thinks she’s perhaps one of only two in Boston.

Yet the National Brain Injury Association estimates there are nearly a million-five-hundred-thousand traumatic brain injuries a year. Add to that strokes, brain tumors and other neurological disorders. Why isn’t there more rehab?

Well, insurance doesn’t cover this type of therapy. Sarah Ward says physicians don’t understand these deficits — and even her own training as a speech and language pathologist didn’t adequately prepare her.

SARAH WARD: Even if you have the right training, you can’t understand the experience of it until you’ve really met and worked with the people over and over.

Today, Sarah’s husband, Mike, is back to work as a pool director and swim coach — a job he had in high school that’s still second nature to him. Scheduling lifeguards or completing paperwork is a real struggle. But with the guidance of his wife, what’s no longer second nature for Mike Ward’s brain doesn’t detract from his good-natured outlook on life.

MIKE WARD: I’m the luckiest guy in the world. Some days I still laugh. I go, oh my god, did I get hit by a truck? I’d hate to wake up if it’s not real, ’cause it’s all too good. 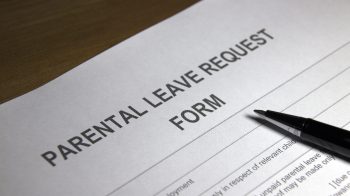