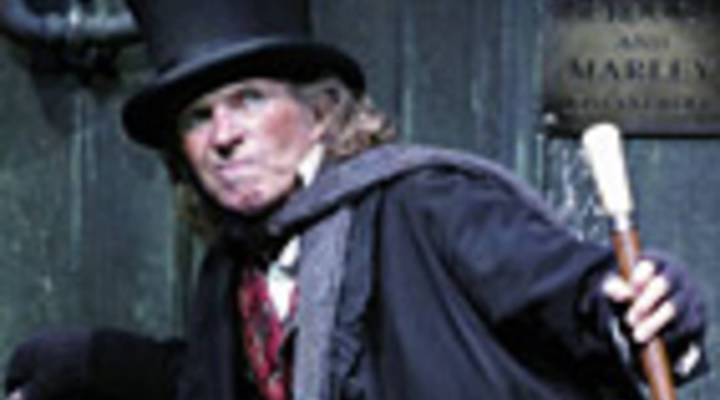 A week before Christmas, a miser was born

COPY
Actor Tommy Steele as Scrooge in a 2005 stage version of the classic in London. MJ Kim, Getty Images

A week before Christmas, a miser was born

Actor Tommy Steele as Scrooge in a 2005 stage version of the classic in London. MJ Kim, Getty Images
Listen Now

MARK AUSTIN THOMAS: Time to open up the Marketplace vault and take another look at this week in the History of Business. Christmas spirits and Scrooge.

[ Scene from “A Christmas Carol” : Bah-Humbug ]

STACEY VANEK-SMITH: He’s one of the most best-known characters in all of Western literature: Ebenezer Scrooge, the cheapskate financier who finds redemption in one night after visits from the spirits of Christmas.

This week, back in 1843, Charles Dickens'”A Christmas Carol” was first published. He wrote it in about a month in order to pay off some debts.

The story was an instant hit and sold 6,000 copies in its first week. The illustrated novella cost just 5 shillings, so everyone could afford it.

As a result, Dickens didn’t make much money off of the book, but “A Christmas Carol” has inspired more than 200 films and has been converted into almost every conceivable medium.

[Scene from “A Christmas Carol” : God bless us all, everyone! ]