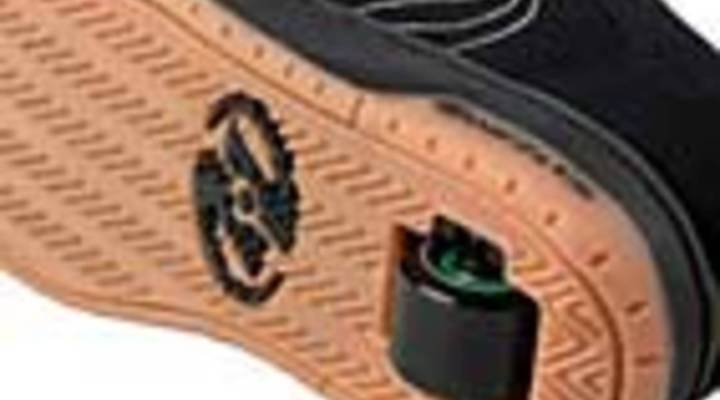 Heelys is on a roll

Heelys is on a roll

KAI RYSSDAL: You’re in the mall getting a handle on that holiday shopping. And some kid goes zipping past you. Rollerskating. Only you don’t see any wheels. Meet Heelys. They’re those sneakers you might have seen with a wheel at the heel. They’re 60 bucks a pair and kids just can’t get enough of them. Today, Wall Street started loving them too. Heelys went public on the Nasdaq and kept rolling all day. Marketplace’s Stacey Vanek Smith reports.

STACEY VANEK-SMITH: “Freedom is a wheel in your sole.” No, it’s not a line from a Bob Dylan song, it’s the slogan of Heelys roller-shoes.

And massive demand from kids between 6 and 14 has Heelys going full-speed ahead. Sales quadrupled in the first nine months of this year, topping $100 million.

HOWARD DAVIDOWITZ: Go to Central Park for example, and see the number of people doing this.

Davidowitz says adding to Heelys’ success is the fact that specialty retailers like Crocs and Abercrombie & Fitch have become the hippest stocks on Wall Street. And it’s not just because they look good.

But don’t get out your checkbook just yet.

DAVID MENLOW: One-product companies have a very classic history of burning themselves out almost like a shooting star.

MENLOW: It will be that the kids between one another will say, “Oh, you’re wearing Heelys. That’s so 5 minutes ago.”

Another cloud on the horizon: the shoes have been banned from many schools and malls. They’ve even been blamed for several accidents.