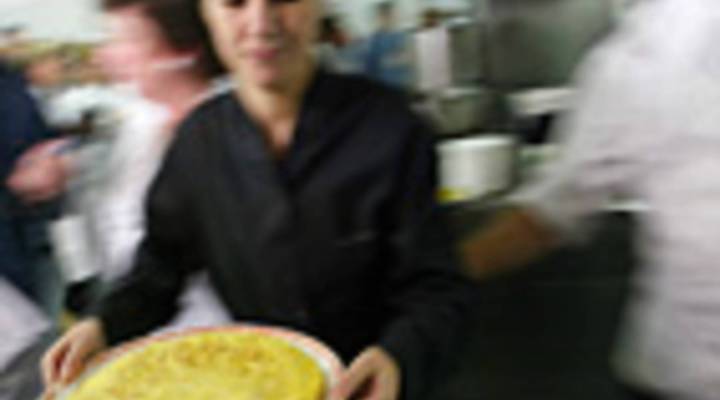 KAI RYSSDAL: Today was a day of tiny bits. Labor costs are down. Fed chairman Ben Bernanke loves it when that happens. Worker productivity was up. Companies love it when *that happens. And the service sector showed surprising strength. Everybody loves that because that’s where most Americans work. Add it all up and it just might mean inflation’s not as big a threat as the Fed thought. Wall Street celebrated today. Broad-based gains is the commonly used terminology. But Marketplace’s Stacey Vanek Smith reports we still don’t know what we don’t know.

STACEY VANEK-SMITH: The latest economic numbers show that we’ve been working harder and earning less than we thought. Sounds like a raw deal, but it’s music to Wall Street’s ears.

DAVID WYSS: Productivity is essentially the cushion between wage growth and price growth. So if you want wage increases — and most of us do — the only way to do that and still hold prices down is to have lots of productivity growth.

Wyss says labor costs make up the lion’s share of company spending. So if those costs rise and worker productivity doesn’t, companies pass the difference on to Joe Q. Consumer. Which equals inflation.

WYSS: The economy’s slowing down. We know that. But it’s a question of whether you get a soft landing or a hard landing. Right now, it’s looking pretty darn soft.

But Christopher Thornberg with Beacon Economics says we shouldn’t put so much stock in one quarter’s numbers.

CHRISTOPHER THORNBERG: Over the last year or so we’ve seen productivity growth slow, and you see an upward trend in compensation. And that tends to put inflationary pressure on the economy, not the opposite.

Still, Thornberg doesn’t think inflation is our biggest worry. He says the economy’s Achilles heel is consumer spending. With housing values falling, and savings rates in the negative numbers, consumers could well decide to let the credit cards cool early next year.

He says that could mean a not-so-soft landing for the economy in 2007.