DOJ expected to loosen up on corporate fraud

DOJ expected to loosen up on corporate fraud

KAI RYSSDAL: Check the calendar. Today makes it five up months in a row for both the Dow and the S&P. So clearly Wall Street’s doing something right. But not everybody’s convinced it’s going to stay that way. There’s a report out today from a group called the Committee on Capital Markets Regulation. It’s known informally as the Paulson Committee — after Treasury Secretary Henry Paulson.

He’s come out in favor of what the committee’s trying to do: change the rules to let business be business. The comittee took 135 pages today to spell out how that should happen. There was another report out this morning that shows it just might be already. Marketplace’s Hillary Wicai has more from Washington.

HILLARY WICAI: Five years after the Enron and WorldCom frauds and subsequent meltdowns triggered a series of tougher regulations for corporate America, the pushback seems to be gaining traction. The Washington Post today reported that an anonymous Justice Department source says officials are close to relaxing guidelines on corporate criminal prosecutions. Details haven’t been released yet, but the changes are expected to restrict government prosecutors’ tools. People like Mark Steinberg at Southern Methodist University caution against rolling back too far.

MARK STEINBERG: We read about continued scandals, continued frauds. In fact, don’t we have the stock-option backdating scandal that is in our midst right now? And I think zealous and fair enforcement should continue.

After speaking at the American Bar Association in Washington today Republican Senate Judiciary Chairman Arlen Specter said the rules must change. For example, he’s ready to introduce legislation that would bar government prosecutors from forcing companies to waive their attorney-client privilege — a practice he says is wrong.

ARLEN SPECTER: I think that’s coercive and a blackjack and inappropriate.

Former SEC commissioner Joe Grundfest doesn’t think the moves against regulations should be called push backs. He sees them as prudent reassessments that come with a few years of experience.

JOE GRUNDFEST: I don’t think anyone is saying that you want to go soft on corporate fraud. I think the better way to phrase what’s going on is to say there are smarter ways to go after corporate fraud that can be just as effective but cost people less.

Specter says if the Department of Justice doesn’t announce substantial revisions next week, he’ll introduce his legislation then. 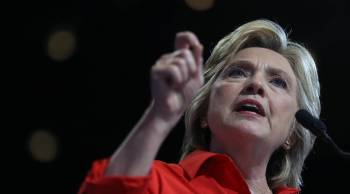