KAI RYSSDAL: If you’re hearing us in the car headed to the airport, it’s probably a little too late for you. But AAA figures this could be the busiest Thanksgiving ever for air travelers. Close to 5 million passengers this weekend. That’s even with higher airfares.

If you haven’t experienced the joys of flying lately, brace yourself for the first big travel holiday since the new rules on liquids went into effect. Hopefully we all feel safer. Because Marketplace’s Bob Moon reports we might paying the price for the rest of our lives.

BOB MOON: If you find yourself stuck in a long line waiting to make your flight this week, you might think back to the good old days — a few months ago — when the thought of having airport security searching for soda pop was just the wild idea behind a Sierra Mist commercial:

DRINK COMMERCIAL: ‘Wah, wah-wah. Sir, I’m going to have to take that.’

‘Thank you.”Please hand it over, sir.’

‘You’re just going wah-wah when you put thing over the Sierra . . .’

Americans have had time to get used to the fact that’s no longer a joke. But so have terrorists looking for a new opening. Which raises the question: Has it been worth the cost, in disruption and literally hundreds of millions of dollars, to plug this one specific security hole?

Robert Poole is an aviation expert for the libertarian Reason Foundation:

ROBERT POOLE:“An overall strategy of simply hardening what we think at a given time are the most-likely targets is a losing game, because there’s infinite number of targets.”

Poole’s afraid we’re giving in to the fear factor, if the terrorists have managed to make air travel something most people dread.

POOLE:“If they can make that an economically unviable industry, that’s a big success. And if they trick us into doing it to ourselves, that would really be a tragedy.”

He says too many resources are being spent on threats that aren’t really threats. Remember all the time spent seizing fingernail clippers? They’re OK now, but there are new perceived threats. The other day, my stepfather had his gel-filled shoe inserts confiscated, which prompted a question to the head of the Transportation Security Administration, Kip Hawley.

MOON: What’s the security threat in a gel insole?

Critics complain of maddening contradictions. The TSA has no easy way of distinguishing whether gel-filled bras are cosmetic or prosthetic, so women wearing them have been waved through. Tearful toddlers have been subjected to searches. The TSA chief says this is the price of security.

HAWLEY: Terrorists have used small children, have used the elderly — in fact, somebody tried to hijack a plane a year or so ago with a weapon concealed in a wheelchair. Terrorists try to use people who you otherwise would not think would be terrorists.

But while the TSA searches grandma on her way to Thanksgiving dinner, the ranking Democrat on the House Aviation subcommittee, Oregon’s Peter DeFazio, points to huge security holes that remain:

PETER DEFAZIO: Still today, the Bush administration has not managed to issue a uniform identification for all the people who have access to the air side of the airport — the cleaners, baggage handlers, the mechanics, caterers, everybody else. We don’t know who they are, we don’t know what they’re putting on the planes. We envisioned that that side of the airport would be secured also. It hasn’t been.

Critics also warn of gaping security holes overseas. In August, a luggage-sniffing dog in Houston discovered a half stick of dynamite, packed in a bag arriving from Argentina. Security consultant Anthony Fainberg, a former TSA science advisor, says it’s appalling the U.S. isn’t insisting that foreign airports enforce the same standards we do.

Despite such warnings, Air Transport Association chief James May, who represents the airline industry, insists there’s no widespread worry over security:

JAMES MAY: Let’s not overlook the fact we have a significantly improved security system today than we had pre-9/11.

TSA chief Kip Hawley concedes the system’s not perfect, but he says it has many backup layers. I asked if the government has layered on so much confusion, it’s put the traveling public in a permanent state of siege.

HAWLEY: Well, I think a permanent state of being alert is excellent. We do depend on the public to be alert.

And what does he mean by a permanent state of alert? Kevin Mitchell, who heads the Business Traveler’s Coalition, says Americans need to start asking: Is it really worth it?

KEVIN MITCHELL: We have effectively institutionalized a lot of our trade-offs in personal liberties without debate, but more importantly, without any expectation that we’ll know that we have won. We’re at risk of institutionalizing this curtailment in our freedoms forever and a day. 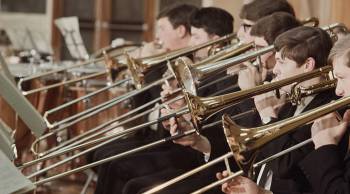