Can’t get India to buy our wheat

Can’t get India to buy our wheat

SCOTT JAGOW: The country’s agriculture secretary is in India this week. He wants India to open up its markets to U.S. farm products, especially wheat. Miranda Kennedy reports from New Delhi.

Even so, the country refused to buy U.S. wheat to make up for the shortfall. That’s because of strict health standards in India, and the only country that’s been successful in meeting them is Australia.

The health standard issue is one of many that Agricultural Secretary Mike Johanns addressed.

MIKE JOHANNS: Every study that has looked at this said the hope for lifting the world economy and lifting millions of people out of poverty is going to come from improved market access.

And when the U.S. talks about better market access, the Indian government points out that the U.S. has some pretty serious subsidy protections for its own wheat and corn farmers. 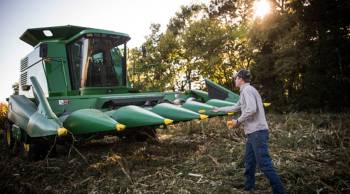 Government aid is coming to U.S. farmers hit by tariff losses, but it probably won’t be enough