Relax and breathe in the fresh . . . marketing

Relax and breathe in the fresh . . . marketing

KAI RYSSDAL: Let’s take it as a given that consumers only have so much brain-space to pay attention to advertising or marketing. And let’s take it as another given that companies know this. Add those two together . . . you get some really creative marketing campaigns. Five second car ads on TV. Or something called scent marketing. Just like it sounds — blowing nice aromas at you to get you to spend more and keep coming back. There’s a North Carolina company doing that called ScentAir. Sean Cole met with the CEO to . . . sniff out the story for us.

SEAN COLE: His name’s David van Epps. I caught up with him as he was blowing through . . . I’m sorry . . . passing through Connecticut on business last week. He had a couple of minutes before his flight home, so I suggested we meet at the airport Sheraton. Great choice, he said.

DAVID VAN EPPS: I was pleased to meet you here because this is one of our clients. And as we walked in I noticed immediately there was this great aroma.

A kind of sweet, citrusy, vanilla-y aroma called “welcoming warmth.” One of ScentAir’s custom-made fragrances that cost anywhere from five grand to five times that much. The fan device that actually does the aroma-ing is another hundred bucks. It looks kind of like a security camera, and is about as surreptitious. Of course, van Epps knew where the one in the Sheraton lobby was. I watched, in awe, as he walked over and pulled it out of the wall.

VAN EPPS: And the cartridge you see right here contains all the fragrance material.

In a hotel situation the scent is simply meant to make your stay more pleasant and — keyword — memorable. Smell being the sense most closely tied to memory. You hear that all the time but it’s really true. And to prove it, van Epps opened a little metal briefcase filled with glass vials of different scented oils. “Here’s one from your childhood,” he said, and uncorked it and waved it under my nose.

COLE: You have Play Doh in there?!

COLE: Do you have Silly Putty?

No one’s using eau d’ Play Doh yet. But a couple of toy stores are interested. In a retail situation, aroma marketing is a little more literal. Sometimes smells of actual products are pumped into the room. In one case, says van Epps, ScentAir actually lured more people, step by step, to a basement ice cream shop by wafting the essence of sugar cookie and waffle cone down the stairs.

VAN EPPS: And they found a tremendous lift in their sales as a result of using that like a sign. It’s why we call it an aroma billboard.

But it’s not just that smells make you remember things or really wanna scoop of vanilla bean speck. Not according to Rutgers University marketing professor Mimi Morrin. After a lot of lab research, she concluded that people in a scented environment actually look at brand names longer. And Morrin’s field research in a real live mall concluded that . . .

MIMI MORRIN: A pleasant, ambient scent increased the amount of money spent by a certain type of shopper, a more contemplative shopper, or a more cognitive-oriented shopper.

In other words, nice smells can keep people in a room. And if that room is store, and you’re the kind of person who stares at a pair of designer shoes for a long time, you’re more likely to buy it. And herein, says Morrin, lies a lesson.

MORRIN: Be aware of your environment, if you don’t want to be manipulated by it.

COLE: Do you think of it as manipulation at all?

The problem with all of this for me is that we think we’re above these primal, biological responses to our environment. That we’re more intellectual than that. But we’re not. And marketers know we’re not, and now we know they know it and yet we’re still . . . vulnerable. But David van Epps says ambient scent isn’t any different than ambient music or ambient lighting. And that business owners have a right to control their environment.

VAN EPPS: Harnessing the sense of smell is absolutely a new frontier. Why would a retailer leave that to chance? Why would they not touch that incredibly powerful sense.

In other words, smelling is believing. And believing, as we all know, is spending. 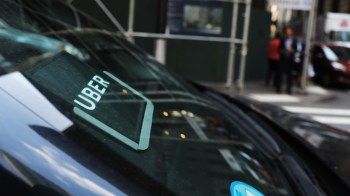 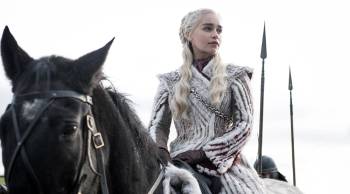