BRIAN WATT: The five members of the Federal Communications Commission come to Los Angeles today for a public hearing. It’s the first in a series to take place across the country on media ownership. Media companies want more freedom to buy more outlets in a single market. But as Sarah Gardner reports, consumer activists and unions are a bit turned off.

SARAH GARDNER: In 2003 the FCC tried to relax restrictions on media ownership but was slapped down by the courts, so the commission’s starting over again.

Today’s hearing is the first of six to be held around the country.

In Los Angeles, the FCC will hear everyone from Hollywood union reps to broadcasters to consumer activists.

MARK COOPER:“We find that media mergers are in fact not in the public interest, will harm diversity and the FCC shouldn’t allow them to take place.”

But many broadcasters and publishers argue that current rules limiting media ownership are outdated, especially given the proliferation of news sources on the Internet and cable.

Today’s hearing comes amid allegations that the commission suppressed a draft study on the media two years ago. That report suggested further media consolidation could hurt local TV news coverage. 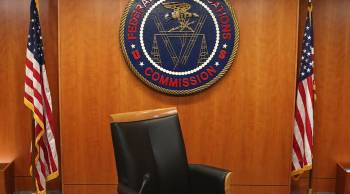