MARK AUSTIN THOMAS: The presidential race in Brazil is headed for a runoff. At one time it looked like a shoo-in for incumbent Luiz Ignacia Lula da Silva. But allegations of corruption tightened the race on Sunday. When Lula was first elected foreign investors pulled $60 billion out of the country. Marketplace’s Dan Grech joins us from the America’s Desk at WLRN.
Dan, how has Lula fared since he was first elected?

GRECH: Lula’s been a huge surprise. Investors were extremely frightened when he was elected. It was the first leftist in 50 years in Brazil. But he’s actually really showed incredible fiscal restraint during his time as president. He paid off debt early, which helped bring the currency to a five-year high and interest rates to a 20-year low. But in many people’s opinion, his most impressive accomplishment was his anti-poverty program called Bolsa Familia. It was basically a $45 a month handout to 11 million extremly poor families.

The United Nations had set a goal for Brazil to cut in half its extreme poverty by 2015 and with the Bolsa Familia program Brazil got there a decade early.

THOMAS: Why is this election important to the U.S.?

GRECH: It’s important, Mark, because Brazil is the largest economy in South America and has 180 million people. And for the past four years Brazil’s Lula has been a different kind of leftist than Venezuela’s Hugo Chavez, who as you know has become increasingly antagonistic to the U.S. Lulu is fiscally responsible and he’s willing to have at least lukewarm relations with the U.S. And so the bottom line is that investors can live witha Lula, and they’re scared to death of a Chavez. So I think for that reason the Wall Street Journal called Brazil’s closer-than-expected election as a kind of win-win for investors. That’s because the challenger Geraldo Alckmin is considered business friendly. But even if Lula wins, investors aren’t going to worry about what’s going to happen in Brazil. And the runoff is Oct. 29. 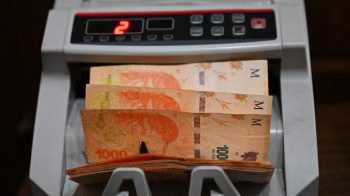