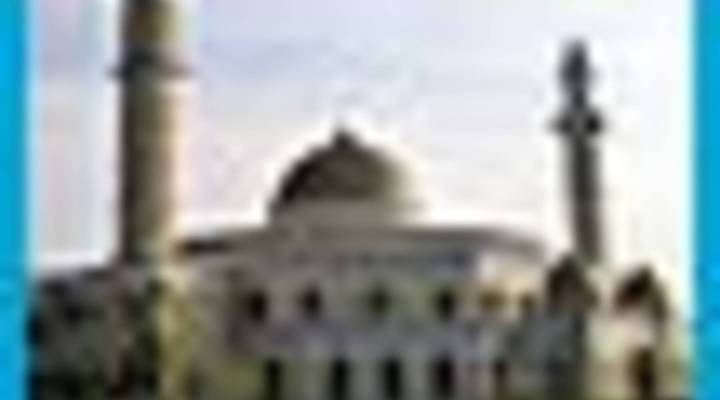 Gateway to the Middle East?

Gateway to the Middle East?

KAI RYSSDAL: The Israeli withdrawal from Lebanon has been pushed back again. It was originally supposed to happen a couple of weeks ago. But today the Israeli government said it’s going to have to wait another couple of days. Residents of one Michigan city have been following the news closely. Dearborn’s home to about 30,000 Arabs. Most of them are from Southern Lebanon. And many have managed to find financial security right here. From Dearborn, Marketplace’s Nancy Farghalli has more.

NANCY FARGHALLI: The Detroit Lions are losing. That’s not a big surprise to the regulars at the Arabica Cafe. It’s been a long, testy relationship.

Raed Beydoun’s attention is split between the game and his water pipe. That’s probably why it takes him five minutes to unwrap the mint tobacco to smoke. Finally, the pipe starts to bubble.

For Raed, watching the Lions lose is a Sunday tradition. So is eating lunch with the same group of guys. They’re all from the same hometown in Lebanon. Raed says everyone pretty much knows everyone in Dearborn, especially in the East End. It’s like the village got moved.

Roughly 30,000 Arabs live in Dearborn. Raed moved here in 1991. He had $39 in his pocket. Now, he’s Big Ray of Big Ray’s Quick Lube. His business success has its roots in the Arab community. Here, he says everyone helps.

RAED BEYDOUN: They come into the U.S. They have no money. They have nowhere to go. If we meet them, we talk to them and find jobs for them. They start working. They work all these long hours and then, suddenly, after one year or two years they start owning so many things, businesses.

And that’s led to financial success. The median income for an Arab family is $2,000 more than the median income for all U.S. families. They’re more likely to run their own businesses. And that’s the case in the metro Detroit area. Arab Americans own more than 5,000 businesses. Nasser Beydoun is the chairman of the American Arab Chamber of Commerce.

NASSER BEYDOUN: Michigan has the potential to become kind of the Miami of the Middle East. If you go to Miami, all goods and services going in and out of Latin America go through Miami because of the proximity and the large Latin community that exists in Miami.

The gateway to the Middle East might not be ready for a bumper sticker. Still, Beydoun says, Michigan’s economy benefits from Arabs. Millions of dollars come from Arab-related businesses. And, locally, they’ve transformed areas once considered lifeless.

NASSER BEYDOUN: This whole area of Dearborn was dilapidated, boarded-up storefronts. The Arab American community, the immigrant community, moved in and took over for the Italians, the Poles, the Germans that had seniors that had been living here in this community. They basically reinvigorated this whole area.

Like, Warren Avenue in Dearborn. Three hundred Arab-owned businesses have opened up here in the last 20 years. Hani Bawardi is a fellow at the center of Arab American studies. Bawardi says people don’t travel to the Middle East. They come to Dearborn to shop.

HANI BAWARDI: You find everything you need for your daily life from Arabic groceries, restaurants, gas stations. Ninety-nine-point-nine of them are owned by Arab immigrants. Mostly Lebanese, who shy away from liquor retail for religious reasons.

One group that’s not shy is the U.S. military. They advertise here and they know their audience. Army enlistment signs are in Arabic. So are recruitment posters for defense contractors looking for Arabic translators. The salary? Up to $240,000.

The Islamic Center of America in Dearborn, Mich.

Top of page: An Army recruiting sign in Dearborn, Mich.