KAI RYSSDAL: Oil prices dipped under $60 a barrel today. Didn’t stay there. Wound up the day about a buck or so higher than Friday. But the trend is down. And gasoline prices are off nearly a-quarter a gallon in just the last couple of weeks. Forty-two percent of those surveyed by USA Today think that’s all a big government conspiracy tied to the fall elections.

BOB MOON: At the White House today, press secretary Tony Snow said he’s been amused by the “conspiracy theories” that give President Bush what Snow called “the kind of magisterial clout unknown to any other human being.”

That hasn’t stopped Democrats from trying to tar Republican candidates by blaming Bush:

ANNOUNCER: Arnold Schwarzenegger’s for George W. Bush. Is he for you?

Conspiracy or no, Democrats might not want to be calling attention to gas prices now that they’re plunging. University of Virginia political science professor Larry Sabato says the advantage has shifted to the Republicans:

LARRY SABATO: It’s the best positive news they’ve had in many months. And it is, indeed, helping Republican candidates and Bush’s popularity. Republicans appear to be doing better in some races, so that it’s no longer a sure thing that Democrats will win the House of Representatives.

Oil experts say this isn’t anything more than a lucky break for the Republicans. Energy Intelligence analyst Barbara Shook, who’s been no defender of the Bush Administration, says wintertime gas formulations are cheaper to make, and there’s simply more supply and less demand after summer.

And she can’t imagine Bush being able to carry it off, not to mention oil execs:

BARBARA SHOOK: Every time Congress investigates any allegations of collusion, they’ve never found the proof of anything. They’re not well-organized enough to do that. I mean, look, they’re fighting with each other all the time.

Then again, political expert Larry Sabato says none of that really matters:

SABATO: Look, in politics, it’s what people believe is true, not what actually is true. 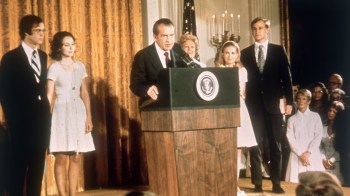