BOB MOON: The Food and Drug Administration is now warning women who use the birth control patch that they’re at higher risk for dangerous blood clots. From the Health Desk at WGBH, Helen Palmer takes a look at what that could mean to the makers of the patch.

HELEN PALMER: The birth control patch called Ortho-Evra was introduced four years ago. Each patch lasts a week. It’s been a popular alternative to the pill.

TODD BROWN: Something that’s taken weekly or applied weekly versus pills that need to be taken every day, there’s a significant advantage to that.

By 2004, the patch accounted for more than 9 million prescriptions and earned parent company Johnson and Johnson more than $400 million.

But upwards of 9,000 women using the patch had adverse reactions, including strokes and blood clots. Some dozen women died, and over 500 lawsuits have been filed in connection with the product.

BROWN: I think a warning will impact the sales of the product. It will, you know, scare people away and into some of the alternatives.

Last year Johnson and Johnson earned over a billion dollars for contraceptive products. The company says that will be sharply down in 2006. 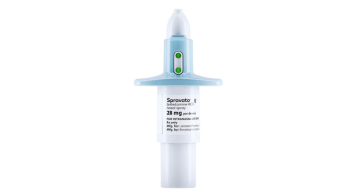