KAI RYSSDAL: There was another sudden changing of the guard today. At the big drug company Bristol-Myers Squibb. Maker of Excedrin and the heart pill Plavix. The changes at Bristol Myers are effective immediately, unlike HP. But our senior business correspondent Bob Moon reports this case involves some pressure from the Justice Department too.

BOB MOON: The big drug company’s outgoing CEO Peter Dolan ran out of reprieves from federal watchdogs at the same time investors were reaching the end of their rope on patience. In fact, analysts suggested today the legal troubles were simply the last straw.Bristol-Myers was accused last year of inflating its earnings by encouraging distributors to buy more drugs than they could sell. The company managed to avoid prosecution by agreeing to stay out of trouble. But it recently ran afoul of investigators again:

Les Funtleyder is an analyst at Miller Tabak. Investigators raided Dolan’s office looking for evidence that he might have deceived them about a deal to keep a generic version of the company’s top-selling heart pill Plavix off the market. Funtleyder says Bristol-Myers had some obvious motivation to try to protect its branded version:

FUNTLEYDER:“It is a huge temptation, because every day, I mean, if you multiply out, you know, even a billion-dollar drug, every day you keep a generic off the market is, you know, three-million dollars.”

There’s been intense competition from generics. And analyst Hemant Shah says the big pharmaceutical companies are having big trouble staying ahead of their expiring drug patents:

HEMANT SHAH:“They’re not able to innovate fast enough. If you make these important products obsolete with newer and better products, the generics won’t be an issue, because these products, when they’re about to go off patent, will be so insignificant.”

Shah says Dolan isn’t the only CEO who failed to move fast enough for investors. He points to recent CEO shake-ups at Merck and Pfizer, as well. 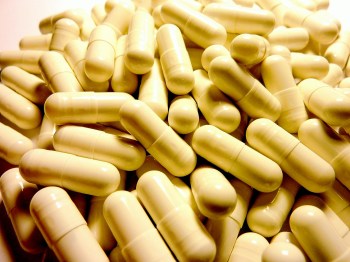