KAI RYSSDAL: Everybody had new backpacks and freshly combed hair this morning for the first day of school. Millions of K through 12 students saw their summers officially come to an end today. Most college classes started a couple of weeks ago. Students are still probably trying to find their way around campus. But author and commentator Beth Shulman says higher education in this country lost its way long ago.

BETH SHULMAN: At one time, education was our great equalizer. Children got an equal chance to rise based solely on their own potential, regardless of their family background. But today, education is deepening the economic divide.

It turns out that families with incomes of at least $92,000 get more tax breaks for college than families making less than a third of that. Tax breaks simply don’t help the poor the way they do the rich. They often don’t make enough to qualify. And studies show that financial aid for college goes increasingly to wealthier students.

That doesn’t bother institutions of higher learning. In fact, they’re skewing their dollars towards helping affluent children on purpose. They want to show that they’ve bet on horses that win instead of helping people equally at the starting gate. This way, the gap between the educated haves and have-nots keeps growing.

Since 1980, the earnings gap between college entrants and high school graduates more than doubled. Enrollment rates of the rich at four-year colleges, the ticket to higher pay, increased by 20 percent in the last decade.

But poor students’ enrollments are actually falling. Any increase in postsecondary education among the poor has been mostly at two-year colleges.

This shouldn’t surprise us. Tuition’s an expensive, up-front investment. Many students can’t afford to borrow the amounts needed for higher education as costs go up.

If we want to claim education as the great equalizer again, we need to put our money where it needs to go, to the children of everyday working Americans.

If not, instead of giving every child a chance to excel, we face an America that simply keeps children in their economic place.

RYSSDAL: Beth Shulman is author of “The Betrayal of Work.” 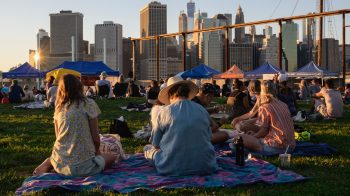