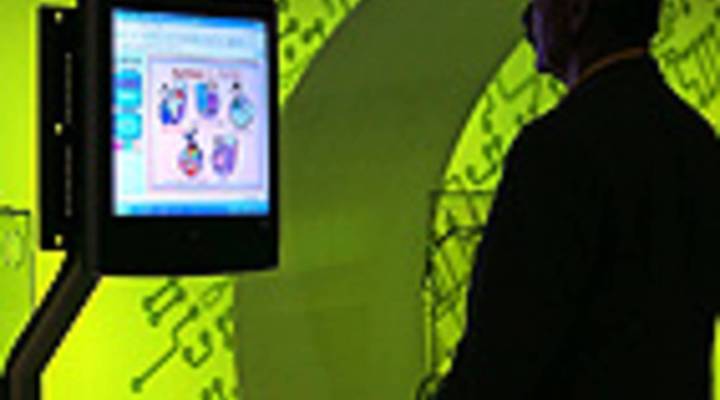 KAI RYSSDAL: The video game world descends on Madden, Mississippi, tomorrow. Electronic Arts will be unveiling this year’s John Madden football game. The 74 residents of Madden — the town — will be joined by current and former pro football players. EA is hoping Madden NFL ’07 will be a hit. It probably will be. But even so, it’ll be one of the few bright spots in an otherwise grim year for video games.

Sales are off 10 percent from last year. But one part of the industry is doing just fine. Publishers of strategy guides. Supplemental manuals people can buy to give them hints and tips. Marketplace’s Ethan Lindsey reports their piece of the video-game pie has increased from nothing to almost $100 million a year.

ETHAN LINDSEY: I ran into Dirk Scheedermeyer in a huge line at a video-game convention in May.

DIRK SCHEEDERMEYER: We’re in line for the strategy guide for the Godfather game.

But it wasn’t just the guide he was waiting for. He was also in line for an autograph.

LINDSEY: Seems, I think, kinda odd to be waiting in line for an autograph from an author of a strategy guide.

LINDSEY: Do you get guides for most of the games you play?

SCHEEDERMEYER: Depends. Moreso for the games where you wanna unlock every achievement, every secret. And if they are more complex, you wanna pick up a guide.

The gamer behind Schneedermeyer in line compared it to getting a baseball card signed by your favorite player. But the all-star this afternoon is David Hodgson.

Hodgson is the Steven King of game-guide writers. He’s written 60 books and is one of just a handful of authors that actually makes a full-time living writing guides, all for those desperate gamers.

HODGSON: And they get infuriated that they can’t finish a particular level or a particular mission. And then that’s when they turn to a guide to figure out how it gets . . . how you kill the boss or how you prevent the zombie attack.

He says the game publishing biz might just be the biggest industry you’ve never heard of. Publishers rake in about $100 million a year. Top books can sell more than half a million copies.

The Halo 2 guide sold nearly as many copies in its first week as Bill Clinton’s autobiography did.

HODGSON: The main problem with being a video game strategy guide author is that you’re not really an author. So it’s not a real book. You know, you’re just basically trying to write a traveler’s guide for a place that doesn’t exist.

Hodgson works for Prima Games, a California publisher that controls half of the market. That’s why in 2001, Random House swallowed the company for an undisclosed amount. The number two game-guide maker is Brady Games, owned by Penguin Books.

DAVID WAYBRIGHT: I’m David Waybright, the publisher at BradyGames. I started . . . actually wrote a couple of books for Brady back when they just started writing strategy guides, for some weekend money in college. Today, things have evolved quite a bit. I think more and more people today are using strategy guides to get the most from their game, not so much to get unstuck. Our strategy guides are the french fries to the hamburger.

Or even the bun. No longer is the strategy guide just a cheat to employ when stuck on a tough level. Now it’s an assumed expense.

Back at the game fest, Giovanni Rodas, says that when he buys the guide, his friends no longer call him a cheater.

GIOVANNI RODAS: There’s a difference between a cheat and using a guide. I mean, it depends on the game. Because there are games that it takes you a long — strategy games — that you want to get all the stuff of. You need a guide. It’s like a challenge for me to try to find all the stuff but, you know, you never get 100 percent if you don’t have any help of it.

Waybright says that psychological shift has helped push game-guide publishers into a business stratosphere they never imagined 10 years ago. But a technological shift threatens to bring them back down to earth.

Microsoft, Sony and Nintendo are all releasing new, more powerful game boxes. They’ll feature games that will allow players to change the geography of the virtual worlds inside games.

WAYBRIGHT: Our guide on a title might include details about this city where you can do this, and there’s these adventures, and so on and so forth. But in some of these games, the way they’re being developed now, it’s entirely possible for players themselves to go in and lay siege to that city and destroy it. Forever.

And that means the guides will be dated, almost from the instant they’re published.

WAYBRIGHT: And that’s both good and bad from a business standpoint. It gives us an opportunity to revise our book and sell new books.

Like travel guides, they can’t publish revisions fast enough. Some game-guide publishers already charge for access to updates on the Web — the same way Lonely Planet does.

Some are even looking at programming hint guides deep within the games themselves.

But all that constant updating means five years from now author David Hodgson may not have all that much time for autographs.