Fed not done raising yet?

Fed not done raising yet?

MARK AUSTIN THOMAS: Imagine a poker game. The dealer will ask if you want to raise or hold. Well, yesterday, when it came to interest rates, the Federal Reserve decided to hold. A lot of people breathed a sigh of relief, but that might be premature. David Wyss is the Chief Economist at Standard & Poors.

DAVID WYSS: I’m not sure the Fed’s done. They’re leaving the possibility open of another rate hike in September. This was a little more dovish than I thought it would be in terms of the language but the fact you had a dissenter who wanted another rate hike and the fact that I think the employment numbers are going to come in a little stronger over the next couple of months suggests to me we could see another move up in September.

The Fed will continue to keep its eye on inflation, especially growing wages.

WYSS: Well the problem is wage is a cost. And when costs go up prices go up. And the Fed doesn’t like it when prices go up.

But for now the rates remain unchanged at 5.25 percent. It’s the first time the Fed has skipped raising the rates since June of 2004. 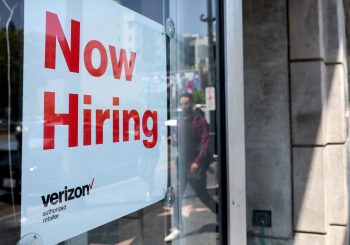