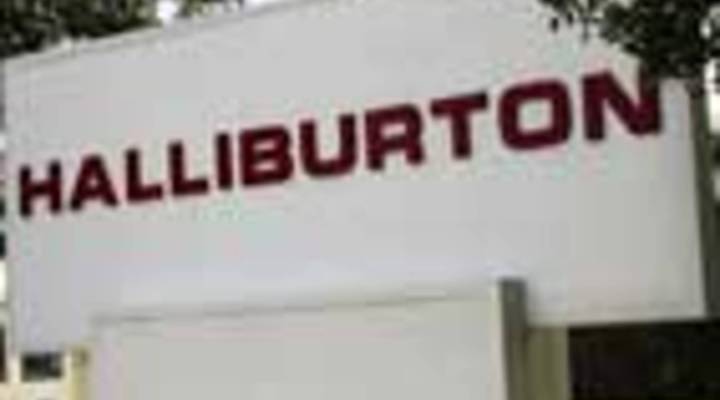 Military contracting is cost-effective after all

Military contracting is cost-effective after all

TESS VIGELAND: Iraq’s Prime Minister Nouri al-Maliki meets with Bush at the White House tomorrow. High on the list of discussions: security in Baghdad and the rest of the country. The prime minister promised to tighten things up in the capital city months ago and it hasn’t happened. So a new plan is expected tomorrow that will move hundreds of American troops into Baghdad. With those troops will come hundreds of other personnel, namely contractors. We’ve heard a lot about the failings of the contracting system in Iraq.But in the latest issue of Business Week magazine, reporter Dawn Kopecki says the system actually works.

DAWN KOPECKI: Everyone I’ve spoken with — I’ve spoken with at least two dozen experts in military procurement, outsourcing in general, and defense — and they all say waste, fraud and abuse is inherent in any combat. It’s a question of the magnitude. In Iraq, it still appears that they’re saving money in the long run.

VIGELAND: You mention in your article the CBO study — the Congressional Budget Office study — that talked about the tasks that were completed by Kellogg, Brown and Root. Talk to me a little bit about the comparison of what the Pentagon would have had to spend to do the same job that KBR did.

KOPECKI: KBR — that’s a subsidiary of Halliburton’s — and it’s been a controversial contract. But when the CBO looked at it, if the military were to provide the same services over a 20-year period, the costs for the military would have mushroomed to about $78 billion compared to about $41 billion for KBR. There’s a lot of waste in that particular contract that has been identified by defense auditors. However, is it another $40 billion worth? It’s hard to imagine that that’s the amount of waste that’s going on over there in that particular contract.

VIGELAND: So what, if anything, can be done to rein in some of that abuse so they are getting more of their money’s worth?

KOPECKI: Well, I think to look at what they can do, you have to look at what contributed to the problems. In the beginning, the Federal Reserve Bank of New York was literally flying over pallets of cash in shrink wrap, over to the Coalition Provisional Authority, which then divvied that money up among contractors in duffel bags. When you’re doling out duffel bags of cash, it’s a lot of tempation. And a lot of abuses went on in the beginning.

VIGELAND: And Dawn, we’ve had at least one recent case where it wasn’t the contractors who were the problem but it was the military itself.

KOPECKI: Exactly. So, a lot of people blame the contractors — say the contractors are ripping people off — this involves a contractor, but it was a ring of senior Army reserve officers that appeared to have been running this. One of the people involved has pled guilty to the whole conspiracy. He was actually a contractor that was hired by the CPA, to help them bid out contracts. What they didn’t realize is that he had a felony conviction back in the United States for credit card fraud. He was using the money that he was embezzling from the CPA to help pay off his prior conviction. Those kinds of checks and balances didn’t exist as much then as it does now it’s been brought to light.

VIGELAND: Yeah, but I guess then the real bottom line here is that, even with these kinds of problems with waste, fraud and abuse, the Pentagon is getting more bang for its buck by outsourcing.

KOPECKI: It appears so. And it’s an area that needs a lot more study. Another issue is, a lot of military, their goal isn’t to save money with outsourcing some of these operations, it’s to provide food services and other logistics work so that the military can devote more time and energy to actually fighting the war.

VIGELAND: Dawn Kopecki is Washington correspondent for Business Week magazine. Dawn, thanks for coming in.