Putting bought women on the shelves

Putting bought women on the shelves

KAI RYSSDAL: The best seller lists came out today. Topping all of the major fiction lists. . . “Angels Fall,” by Nora Roberts. It’s billed as a novel of romantic suspense. Number two is “12 Sharp,” by Janet Evanovich. About a sassy female bounty hunter. Chick lit rules the lists, you could say. But bookstore worker and commentator Moira Manion is a bit worried about what women are reading these days.

MOIRA MANION: I was shelving paperbacks at the bookstore, just in time for the summer reading rush, when I noticed a theme in the “Harlequin Presents” series. Titles like “Mistress Bought and Paid For,””Bought By a Billionaire,””Bought By Her Husband,” and “Traded to the Sheik.”

When and why did women start fantasizing about being bought and sold? Women have fought against being property. Some sacrificed their lives. I can’t believe women would pay to read a story of a woman so desperate for money that she sells herself to a Greek billionaire or a Zanzibar sheik.

But it makes sense. We live in a time when everything is for sale. Why work yourself to death for little pay when you can become the property of a rich man? Chick lit centers around young women who have no moral compunctions about tarting up for the boss in the hope of living off his income and status. Young girls can buy panties that read MAKE ME FAMOUS.

Why don’t we stop being coy? Women should wear price tags. Stores should sell women-like shoes. “Come on in! Try this one on for size!” Women should be traded on Wall Street. “Stocks rose in Asians today, but Midwestern Caucasians dropped two points by the closing bell.” Women know that their chances at a career that will make them rich are slim. And it’s much more likely that they’ll end up like, well, me. A single woman struggling by the skin of her teeth in a crime-ridden neighborhood. Heck, why am I stupidly trying to earn a living using my talents and intelligence when I can sell myself instead?

Hey, you billionaires out there! For Sale: One 45-year-old Irish-Filipino female. Has a face made for radio, but is very sensuous with a healthy appetite, if you know what I mean. Some scratches and dents, a lot of mileage, but a great fixer-upper. No previous owner. Would thrive best in London or Toronto. $1 million or best offer. Personal dignity and self-respect not included.

RYSSDAL: Moira Manion is a writer, among other things. She lives in Minneapolis. 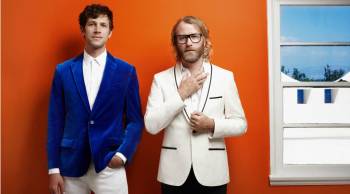 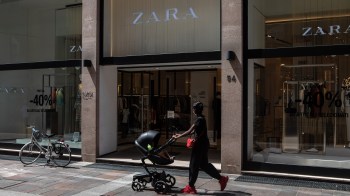