SCOTT JAGOW: Another company that’s been under the gun is Tenet Health Care. The hospital chain was accused of scamming the Medicare system and consequently, this country’s older folks. Today, the company agreed to pay more than $700 million to settle the allegations. More now from Marketplace’s Amy Scott.

AMY SCOTT: The settlement ends a handful investigations into alleged over-billing and improper physician recruitment. In addition to paying restitution, Tenet agreed to give up $175 million in past Medicare claims.

Stock analyst Sheryl Skolnick with CRT Capital says the challenge now is to woo back doctors who stopped referring patients to Tenet hospitals.

SHERYL SKOLNICK:“It takes an awful lot to convince them to move to a different facility when they’re perfectly happy with the status quo. Inertia is an extremely difficult thing for a hospital operator to overcome.”

Tenet acknowledged mistakes in its conduct but did not admit to any illegal behavior. The settlement does not resolve an investigation by the Securities and Exchange Commission into Tenet’s financial disclosures. 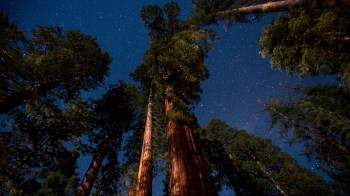