MARK AUSTIN THOMAS: It’s a fact of life for most businesses: Fewer customers mean lower profits. Analysts say that’s the situation facing telecom equipment maker Nortel. The company announced yesterday it will slash 1,100 jobs and scale back its pension program to save money. Janet Babin has that story.

In response, Alcatel merged with Lucent Technologies a few months ago to create one of the largest telecom equipment companies in the world.

Now it’s Nortel’s turn to restructure. Among other changes, the Toronto-based company will trim middle management and pare down its current operations centers.

Gary Arlen with research company Arlen Communications says Nortel could be ripe for a takeover:

GARY ARLEN:“All these current layoffs and some cutbacks like its pension plan suggests that they are getting ready to clean themselves up for a potential sale.”

Nortel expects its restructuring costs will total $100 million over the next two years. 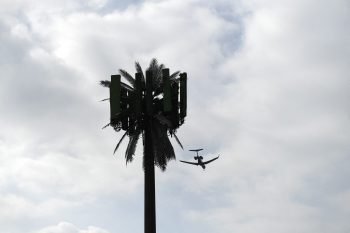