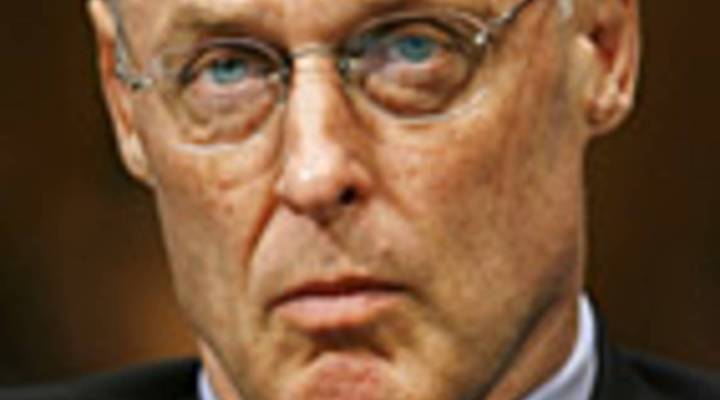 Despite any deficit concerns, Paulson said he supports making the Bush Administration’s tax cuts permanent.He was also questioned about the government’s secret use of a massive banking database to track people it suspects of financing terrorism.

PAULSON: Financial privacy is an important objective. Protecting the safety of the American people is essential. And, when you really think about it, it’s essential to preserving our fundamental freedoms.

Paulson says he needs to learn more about the program.