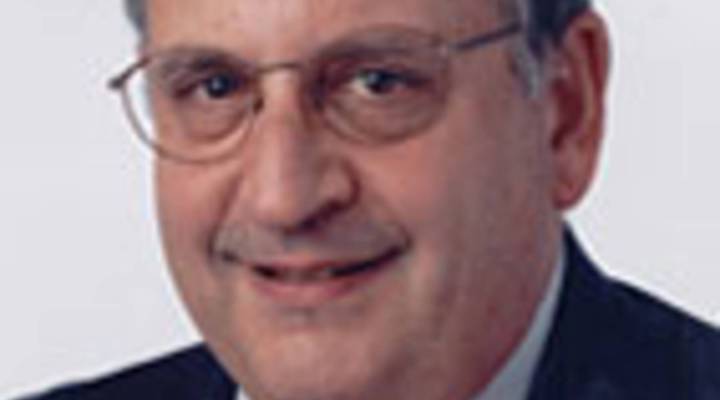 TESS VIGELAND: No matter how many times we hear it, the admonition rarely sinks in, does it? Read the fine print. And it is especially true when it comes to credit cards. All kinds of surprises can await when you open that monthly statement. Well, commentator Allan Sloan does read those little notices and spotted a change in his card recently that prompted some head-scratching.

ALLAN SLOAN: These are your standard credit cards except instead of saying Citigroup on them they say AT&T on them, because about 15 years ago AT&T got in the credit card business, and then in 1998 when the company was trying to figure out what to do with itself, it sold the card business to Citigroup. But even though the cards now say AT&T on them, the whole thing is run and pretty much owned by Citigroup.

TESS VIGELAND: This is essentially a cash rebate card of some sort?

ALLAN SLOAN: Right. My particular card is a cash rebate card where you get back one percent on something five percent on other things, it’s a fairly standard product in the credit card business.

TESS VIGELAND: OK, so what is happening to that card now?

ALLAN SLOAN: What happens is this card is being discontinued as of June 30th.

ALLAN SLOAN: Well if you get Citigroup to tell you, you’re better off than I am. The letter that I got said for business purposes.

TESS VIGELAND: So this happens all the time, where you know your card can be discontinued. Usually they let you roll over a reward program or do something so you can keep all the stuff you’ve accumulated. But that is not the case here I understand?

ALLAN SLOAN: Right, what’s fascinating here is as of June 30th, you don’t have $50 in your credit account. Citi is just going to keep the money.

TESS VIGELAND: That you earned?

TESS VIGELAND: How are they allowed to do that?

ALLAN SLOAN: Well if you read the card agreement, it’s very clear that they can . . .

ALLAN SLOAN: That’s it. That’s it. Now, the problem most people run into with credit cards is on interest rates or cash withdrawals. This is sort of the polar opposite problem: Instead of having to worry about what you owe the company, you have to worry about what the company owes you. I for the life of me don’t understand what Citi is doing. Some people are going to catch on, ‘wait a minute I had $36 in my account and they’re just keeping it’ and you wonder how many customers they’re going to lose as a result of this. And on average according to David Robertson, who’s a credit card expert, he says it costs around $300 for your average card company to add your average customer, so you sort of wonder how much money in the end Citi’s gonna save on this but luckily . . .

TESS VIGELAND: Hey, they’re gonna get their $36 though.

ALLAN SLOAN: They’ll make their $4 billion a year in credit cards and they’ll annoy people and life will go on.

TESS VIGELAND: Allan Sloan is the Wall Street editor for Newsweek magazine. He’s back in a week with another edition of the Sloan Sessions. I’m Tess Vigeland, thanks for being with us.