KAI RYSSDAL: The United Auto Workers union has been meeting in Las Vegas this week. And it’s been quite a convention. On Monday union President Ron Gettelfinger told members they’d have to give something back to struggling US car makers. Things like wages and benefits. And today the union voted to tap its $900 million strike fund to pay to recruit new members. Twenty-five years ago a million and a half auto workers had union cards. Today, that’s dropped to less than 600,000. But commentator Robert Reich points out that doesn’t mean there are fewer people making cars.

ROBERT REICH: According to government data, there are more Americans making cars today than there were 25 years ago. Instead of working for the Big Three, though, lots are now working for Toyota, Honda and other foreign-based automakers building cars here in the United States. Strictly speaking, not even Chrysler is one of the Big Three any more because it’s now Daimler-Chrylser with headquarters in Stuttgart, Germany. If present trends continue, Toyota will soon be employing more Americans than Daimler-Chrylser.

But over the last few years they’ve been descending into the lower middle class. This is partly because Americans who work for foreign-based automakers are not unionized and don’t earn UAW-type wages and benefits, and partly because even the UAW has been forced to accept cuts. The president of the union warns of more wage and benefit give-backs to come.

Now, who’s to blame for all of this? GM and Ford should have offered fewer and better cars and not relied so much on SUVs. But the real blame for the decline in the fortunes of American auto workers falls on you and me. We’ve wanted the best deals. We’ve demanded inexpensive cars that run well. We have not been willing to spend our money paying for the old level of UAW wages and benefits. That’s why some 40 percent of us are buying Toyotas, Hondas, Mini-Coopers and the like. Competition for our dollars has cut GM’s and Ford’s sales, which has pushed the UAW against the wall.

According to the Consumer Price Index, new cars and light trucks today cost less in real dollars than they did in 1982, despite all the extras like antilock brakes, air bags, CD players and other features that used to be considered luxury options or were unavailable. And they’re more reliable.

You and I have benefitted enormously. Members of the UAW have taken it on the chin.

RYSSDAL: Robert Reich is a professor of public policy at the University of California Berkeley. He was the secretary of labor during the first Clinton administration. 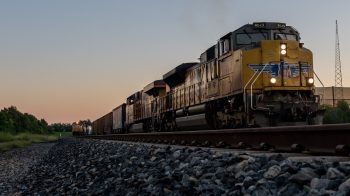