KAI RYSSDAL: Have you ever gone to buy a car or some other big ticket item and only then discovered you have a terrible credit history? And you stand there trying to figure out what’s going on because you always pay your bills on time. And finally it dawns on you that the credit agency just flat got it wrong.

So much, in fact, that the government’s trying to fix it. Monday’s the deadline for public comments on the new rules. Consultant Amelia Tyagi offers hers, right now.

AMELIA TYAGI: Did you know that a whopping 25 percent of credit reports — that’s one in four — has a mistake that’s big enough for you to get charged extra on a loan? Or rejected for a job? Or turned down for car insurance.

These days, businesses typically get things right some 99.99% of the time. There’s just no excuse for a 25% error rate.

The Educational Testing Service — long known for its accuracy — is now under threat of massive lawsuits just because they gave the wrong SAT score to a mere one half of one percent of high school seniors. Now, ETS did finally send out corrected scores. But when it comes to the credit reporting agencies they have NO obligation to fix errors on their own. It’s your job to call and hound them.

The experts all sing the same song: “Check your own credit report.” And yet, those reports are so complicated a whole industry exists just to help you get your errors erased.

It’s as if you had to hire an expert just to get an airline to return your bag. Where are the lawsuits from people who got turned down for a job because of a mistake on their credit report?

Well, if you get the wrong suitcase, you know it the minute you smell someone else’s dirty socks. But if the mistake on your credit report leads to a higher mortgage rate, you’ll probably just pay it without ever knowing you got fleeced.

I, for one, would welcome a few money-grubbing shysters to slap some lawsuits on the credit reporting agencies. And lawmakers should force those agencies to send each of us a report every year — in plain English — so at least we’ll know when we’ve been ripped off.

KAI RYSSDAL: Amelia Tyagi is a co-founder of The Business Talent Group. 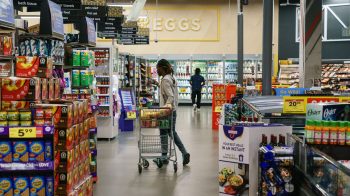