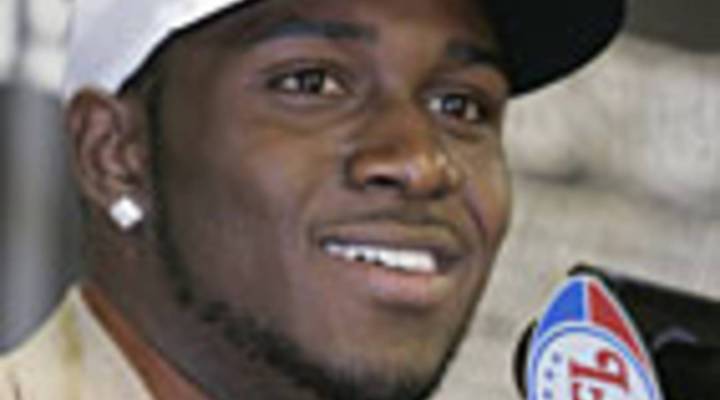 Should student athletes be paid to play?

No. 2 NFL Draft pick Reggie Bush is the latest player in trouble: His family allegedly took $100 lived rent-free in a $750,000 home while Bush was a student-athlete at USC. Chris Graythen (c) Getty Images

Should student athletes be paid to play?

No. 2 NFL Draft pick Reggie Bush is the latest player in trouble: His family allegedly took $100 lived rent-free in a $750,000 home while Bush was a student-athlete at USC. Chris Graythen (c) Getty Images

TESS VIGELAND: Last weekend, college football star Reggie Bush collected two new Hummer SUVs after going second in the NFL draft. Hummer gave them away as part of its draft sponsorship. Bush hadn’t even signed a contract with his new team — the New Orleans Saints. That paycheck is expected to be in the neighborhood of $50 million. Now Bush may be in trouble with the governing body of college sports, the NCAA, for taking money while he was a student athlete at the University of Southern California. Our business of sports commentator Diana Nyad is with us today . . . Diana what’s the problem here?

VIGELAND: So NCAA standards apply to the parents?

NYAD: They do. This year, USC’s got another case. There’s a kid named Dwayne Jarrett who was roommates this past year in a beautiful, downtown, swank apartment that went for $3,866 a month. Agreed — more than most college kids are going to afford? So Dwayne paid $650 a month. Matt Leinart, the star quarterback of USC was his roommate. He paid $650 a month. So, we’ll add that up — that’s $1,300 total. And the difference to the $3,866 was paid by Leinert’s father. Well, now, USC — not as much trouble as the Bush story — but USC is now in trouble for that infraction. So, really, it is a clear-cut amateur standard which doesn’t work in this professional college-ball world. A kid cannot accept a penny, except for his scholarship.

VIGELAND: Of course, the concern is that if you did allow this sort of thing that it is very easy for corruption to come into the picture. You have sponsors who could be influencing, potentially, how a player plays a game. When money enters the picture, it makes everything much more complicated. Especially, for these young athletes.

NYAD: Imagine if you’re a college kid. You come from a poor neighborhood, poor town, poor family. You come over to USC and you see your coach has a multimillion-dollar radio show and sneaker deal. And the kid looks around and says, “Everybody else is getting a piece of this pie. This is a rich culture I’m living in here, but I don’t get a cent even though I’m the one making the money for these people.

VIGELAND: Then you have the question of actually paying the players on college teams, which has been debated a lot over the years. But, how do you determine who gets what?

NYAD: You know, let’s just say . . . I have interviewed, Tess, football players around the country, most recently at UCLA, who are on scholarship. And, you know, you might have a $30,000-a-year scholarship. That sounds like a very generous compensation by the school. But there are guys, literally, I’ve interviewed who don’t have enough money to do their laundry. They have the same amount of money they would have had at home — which is nothing.

VIGELAND: But how is that different from any other student? You might have a music major who is in the same situation.

NYAD: Well, two things. When would a football player ever have a chance to go flip burgers, timewise? You know, playing football is more than a fulltime job. Most of them don’t even have time to study. And it’s a joke that they get through college — and I’ll just throw that blanket statement out there . . .

VIGELAND: . . . We’ll check the letters box in a few minutes.

NYAD: And the second thing is, guess what, a music major can go give piano lessons and make a little bit of money. Make $12, $15 an hour doing that. A football player can’t go teach phys ed or go give quarterback classes to the local junior high school and accept money for that because he’s got to be an amateur. So there’s this huge double standard of money for these athletes on campuses. I don’t know what the real financial solution should be, but the corruption can’t go on the way it is now.

VIGELAND: Alright, our business-of-sports commentator Diana Nyad . . . Thanks for coming in Diana. 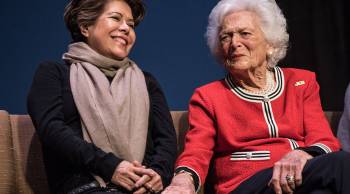