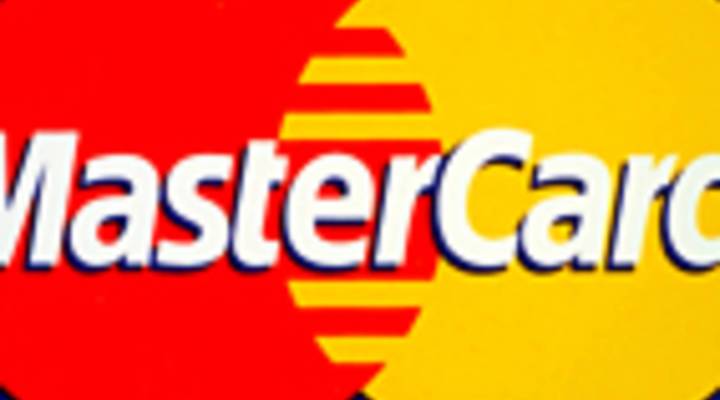 KAI RYSSDAL: We’ve known for a while MasterCard’s going public. And today we learned the credit-card giant might sell off as many as 61.5 million shares. It’s been privately held by a group of banks for 40 years. They actually own MasterCard and its rival Visa together. Retailers have accused the cards of colluding on the fees they charge retailers. And Marketplace’s Tess Vigeland tells us that’s a major reason MasterCard has decided to . . . charge . . . in another direction.

TESS VIGELAND: MasterCard has a contest going right now where you can try to write one of those “Priceless” ads. Let’s give it a shot:

AARON MCPHERSON: MasterCard’s IPO is intended to insulate the banks that make up MasterCard from these lawsuits.

That’s Aaron McPherson, a credit-card industry analyst at Financial Insights. He says the lawsuits are all about what’s called the “interchange rate”— the fees the card companies charge retailers to accept the card.

MCPHERSON: Instead of the banks, in essence, as the allegation goes, collaborating or colluding to set the interchange rate, that rate will now be set by MasterCard, a public company.

That doesn’t mean the current lawsuits go away. It just shifts the financial burden away from the banks that now own MasterCard. So investors will have to factor in the potential legal liabilities when they place a value on the stock.Avivah Leyton follows the industry for the research group Gartner. She says the other big reason for MasterCard to go public is that there’s so much more competition in the industry these days.

AVIVAH LEYTON:“By becoming a public company that’s only 44% owned by the banks, they’ll be able to lower their prices to get more business especially against Visa, it will eliminate the kind of secrecy of the organization.

So far Visa has not announced plans to follow MasterCard onto the stock market. 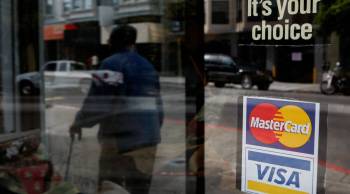