I’ve found myself completely fascinated by the receipts you get after you pay for dinner here.

Say you’ve just taken a few friends out for hot pot. The bill is 350 RMB, you give the waiter your cash, he gives you seven receipts. One for each 50 RMB note you’ve given him.

That is, admittedly, kind of ridiculous.

But here’s the thing: Each of those slips of paper is both a receipt and a scratch ticket. There are little blocks of silver in the bottom right corner of each receipt. Scratch it off with a coin or a chopstick or your fingernail and see if you’ve won. I never have. It always says (I’m told — it’s in Chinese) “Sorry. Thanks for taking your receipt.” Chinese friends say you can win money. Usually something small like a couple of bucks, but everyone here has a story of that one time their friend landed a quick 200 dollars or whatnot.

So, this is fun and all, but here’s the part I love: This practice started (I’ve been told) because the government was having trouble taxing restaurants and other service companies. The business owners were keeping their profits off the books and lying about their income. Turns out that tax collection, in some sectors, is one of the few areas in which the Chinese government hasn’t been that heavy handed. So they came up with the scratch ticket system.

Works like this: Who doesn’t love a good scratch ticket? Losers.

It’s a simple and elegant solution to a complicated economic problem. And there’s something lovely about the fact that it all boils down to a game. It’s rare that one of the ancillary effects of tax collection or other invasive, bureaucratic processes is “fun.” A little moment of anticipation and entertainment at the end of a night out. And I like that it’s a different way of doing something that’s just as effective as the way western capitalism executes the same macro-economic function. It hints at the idea that there are other ways of doing things, even within the rapidly standardizing global economy.

I have loved my time in China. I have loved many of the people I’ve met, much of what I’ve seen, SO much of the food I’ve eaten. But I have to admit, I don’t love China. Much of it comes down to this odd notion I haven’t been able to shake about the receipts. I’ll try to explain…

China, in just about every way, has embraced capitalism. And it has raced toward it and toward the trappings of prosperity at a pace that literally astounds (when you hear people prattle on and on and on about “explosive growth” and the speed of change here, believe them). But it’s racing toward an existing capitalism that is startlingly imperfect. The west has centuries of experience with it, and, jeeze, there are still deep, deep problems with the system.

So, now China is rushing into the fray and — to oversimplify outrageously — I can’t help but wish they’d approach capitalism the same way they’ve dealt with the receipts. China has the opportunity to do things differently. To rethink capitalism. To learn from the mistakes countries like the U.S. have made and continue, repeatedly, to make. To change course. To find ways to build an economy without building a wealth gap, gutting natural resources, wreaking environmental havoc, and steamrolling people’s lives for market share and GDP. But they ain’t doing that.

I do not love China because many of the things that keep me up at night about the United States exist here unchecked. In the U.S., no matter what one can say (and one can say so much) about the failures of its current and past economic policies, there are traditions of concern for the environment and for civil and worker rights. There are many well-intentioned people in positions of power. There are legal protections, there are modes of recourse for the aggrieved, and there is a long tradition of resitance, opposition, and simple virtue, continually fighting for economic and social justice. Even if that fight can sometimes feel futile.

The world doesn’t have time for a nation of 1.3 billion people to fumble about like the west has. China can’t wait twenty-five years before realizing that air should be breathable. That cities need to be liveable. That water needs to be drinkable. That the road to unfettered consumerism could use a few speed bumps. And that poverty in the midst of affluence is unjust.

There are positive signs on all of these issues all over the place here. As China opens up to the world, the world, it seems, is opening up China. We’ve tried to share some of the voices this week of people working for change here. There is no question that the lives of an enormous segment of the society here are changing rapidly and improving materially. And not just in a “hey look, now you can buy a Latte” sort of way. This sounds cheesy, but it’s true: People here have the right to dream now. It’s hard to get my American head around that. But so many other things need to change just as rapidly. For the good of everyone. 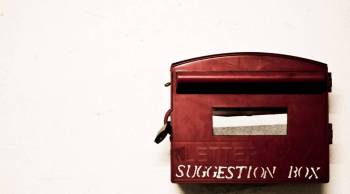